Someone dented my car!

Well, that sucks. A brand new 2007 Acura TL and some dicksmack (I credit my friend Tim for teaching me that one; it just fits sometimes. Say it out loud, you’ll see….)…. anyway, some DICKSMACK (again, say out loud but with emphasis as clearly implied by the capitalization) ran into my car and didn’t leave a note or anything. It is mostly just pushed in (though the dent is the size of a small turkey platter) and not really scratched much so it is POSSIBLE someone didn’t know they did it, but I doubt it. I am pretty sure it happened at the YMCA downtown, which wouldn’t surprise me given the way the geezers cram their 1980’s era Lincolns and Caddies into parking spaces made for Geo Metros and Dodge Neons. Check it out: 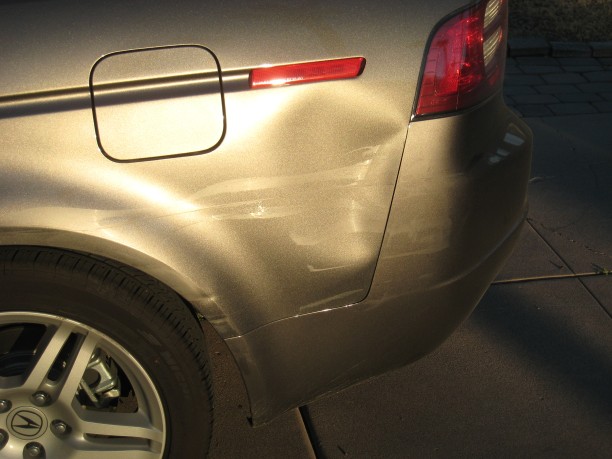 I really need your help, so if anyone either:

2. Knows of a better word to describe the perpetrator than “DICKSMACK”

4 thoughts on “Someone dented my car!”